On September 14-15, 2013, in San Francisco, we attended a Pier Paolo Pasolini retrospettiva and saw Medea.  Pasolini made some creative, progressive, crazy (in a good sense) films. They were not Hollywood everything ends well kind of films, they were somewhat tragic like life can be, they exuded raw emotion; Americans are unaccustomed to PPP's (Pier Paolo Pasolini) artistic vision and are either enthralled with his art or repulsed and disappointed.


Marin County:  Just a 20 minute drive across the Golden Gate Bridge north of San Francisco, lies bucolic Marin County, Mt. Tamalpais, like Vesuvius, always seems to be in view wherever you roam. The extraordinary Lido Cantarutti presents Italian Film Festival running from late September to early November (this way you can continue your Italian film/love fest in San Francisco in mid November).

San Francisco:  An annual event that I look forward to, being a San Francisco native, is the arrival of the San Francisco Film Society's New Italian Cinema, this year from November 13-17, 2013. Can't wait to see:  Napoli 24 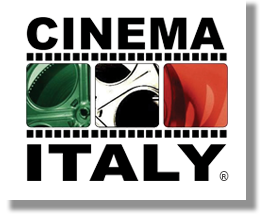 Cinema Italy in the areas of Miami, Atlanta and San Juan ---what a great line-up of films they have. The film festival takes place from September to October every year.


St. Louis:  Italian Film Festival USA was showing---for free---"Girlfriend in a Coma", quoted:  "an alarming new documentary film about Italy's economic and political crisis from the former editor of The Economist, Bill Emmott, and Annalisa Piras. 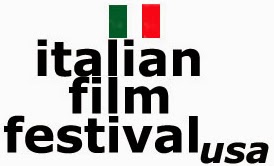 If you haven't read the book, it's a must read for Italophiles and intellects alike; a fascinating and frightening current description of the state of Italy- the country and its most valuable resource- her people.

Good Italy, Bad Italy: Why Italy Must Conquer its Demons to Face the Future, by Bill Emmott.

New Mexico:  In Sante Fe, New Mexico, Italian cinema is paired with fundraising efforts for the University of New Mexico Children's Hospital. In its 7th year of promoting Italian film and Italian culture, dinner and the film "Io sono Li" are on the bill for February 2014. Original Founder, Ronaldo Patrizio Steiner, created a  non-profit organization called Italian Festivals of New Mexico and with his annual gift and the work of extremely dedicated individuals in the organization, the festival continues to raise funds for the Children's Hospital while dishing out Italian cinema and culture. 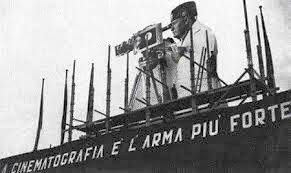 Toronto:  Although we're not anywhere near Toronto (we're in 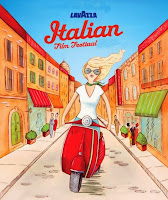 California),  I love the Toronto Italian Film Festivals website intro! Art...isn't that what film is, another form of art?!
If you find yourself in Toronto starting December 1, you'll have about 18 films to choose from in a 5-day span. Screenings, parties, live Q & A sessions--what fun!

Comunità Italiana USA: Cucinare è arte : Cooking is art! That's what the tab says above and there are centinaia di  people making a liv...